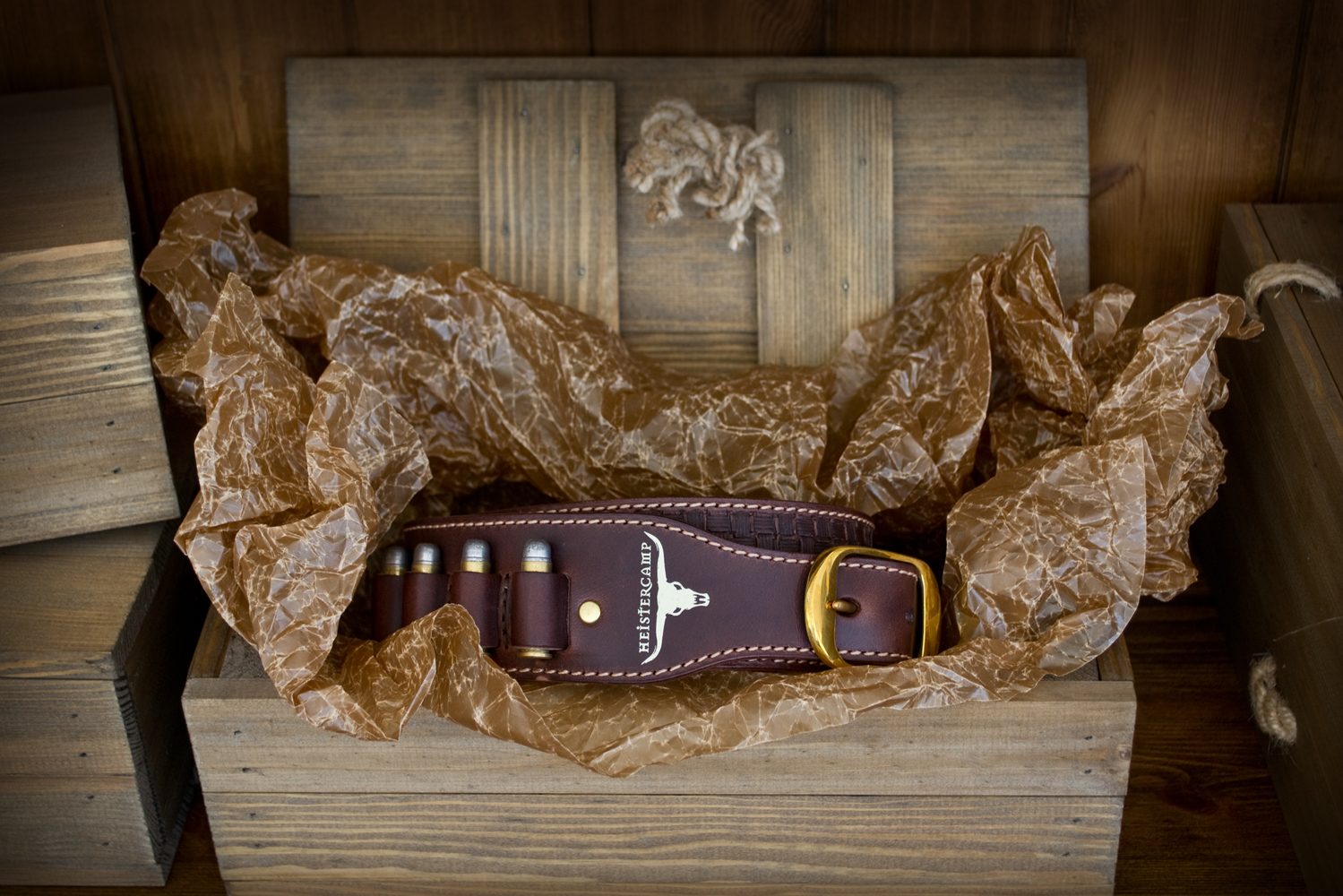 For the second instalment of limited-edition guitar straps, Heistercamp has gone rogue. Or, at least, one of our straps has… Once an upstanding member of leathery society, it has struck out on its own, seeing fit to operate outside the rules of civilization. As such, it has been branded an Outlaw. 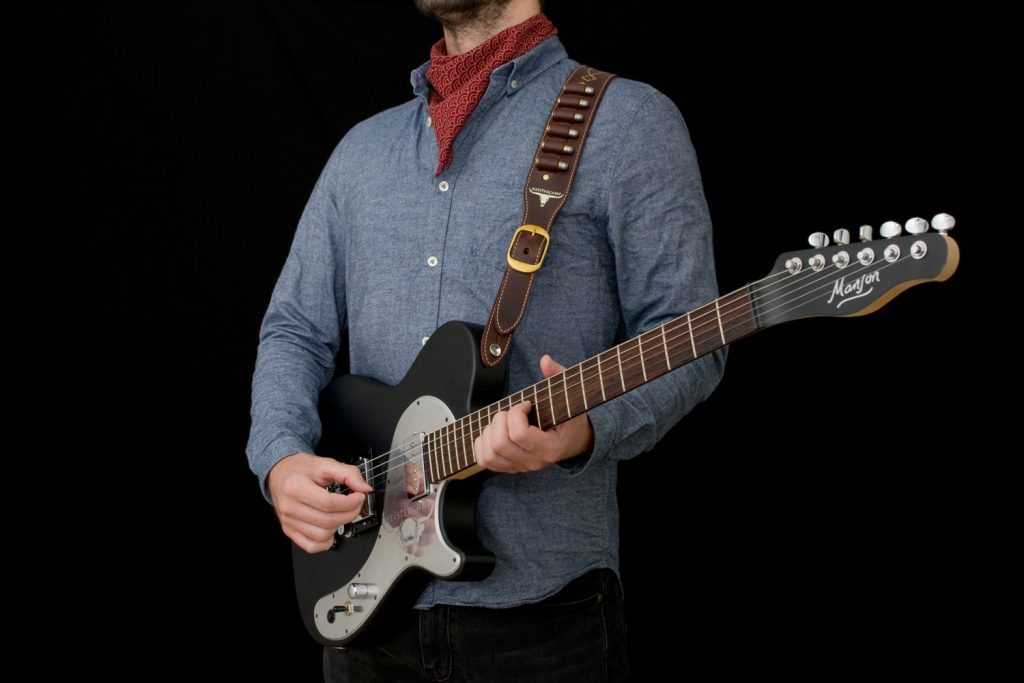 Outlaw is our new show-stopping guitar strap. It’s inspiration has been drawn from the Old West, though more from the pop-culture, romanticized representation of it. Put it this way, researching the ideas that we had for the strap was a really good excuse to watch numerous westerns. Outlaw attempts to step away from some of the ‘rules’ that govern most guitar strap crafting. Aesthetically speaking of course – the practicality of the strap won’t be impeded!

So why are we venturing into the wild unknown with naught but our wits? Well, aside from leather fitting pretty comfortably with the time period, and leather being what we do, the sort of concepts we had for the Outlaw before it was even named, fit snuggly with the themes and imagery of the Old West. Outlaws ignore the rules and take what they want, to then live outside of those rules and away from the people who follow and enforce them. There’s no denying that the bandits of old did terrible and often violent things, but when they’re portrayed, they’re often glamorized. Everyone loves an underdog. So, we tend to look past the criminal aspect of an outlaw, instead admiring the sense of freedom they’ve gained. Freedom is something we all crave, which makes their freedom from social restraints intriguing to us. And it’s this portrayal of an Outlaw that we’re following – we’re not supporting the use of violence to rob trains or banks! 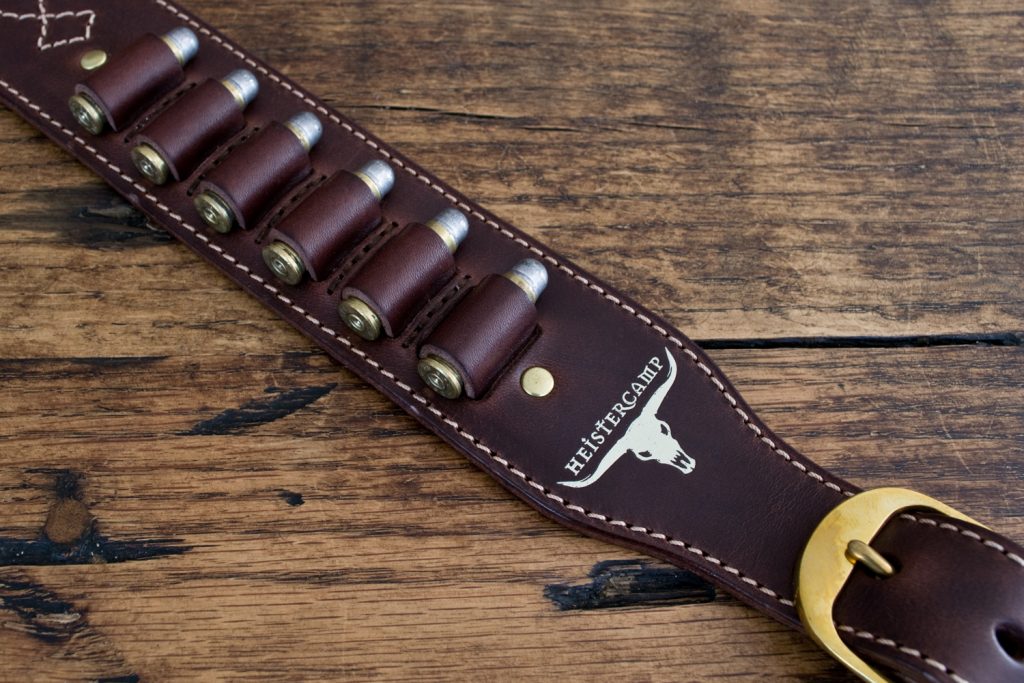 Let’s get into the good, the badass and lack of ugliness that makes the Outlaw guitar strap. As hinted above, the Outlaw comes from an existing strap style that we create – the Stannon Tor. We’re also using our brown Pull-Up leather in its construction because it suits the theme too well not to. However, the similarities end there. Same skeleton, wholly different animal. The reason we’re using the classic shape of the Stannon, and specifically the two-inch-wide version, is that it allows us to mimic a bandolier. Running along the front of the strap, between your shoulder and guitar are six cartridge loops, each holding an inert ‘.38 special’ bullet. Below the bullets is our adapted Heistercamp logo, the horned skull of a bull. Reminiscent of something you’d find in that opening scene, eluding to the hostility of the environment as it shimmers in the heat of the arid badlands. 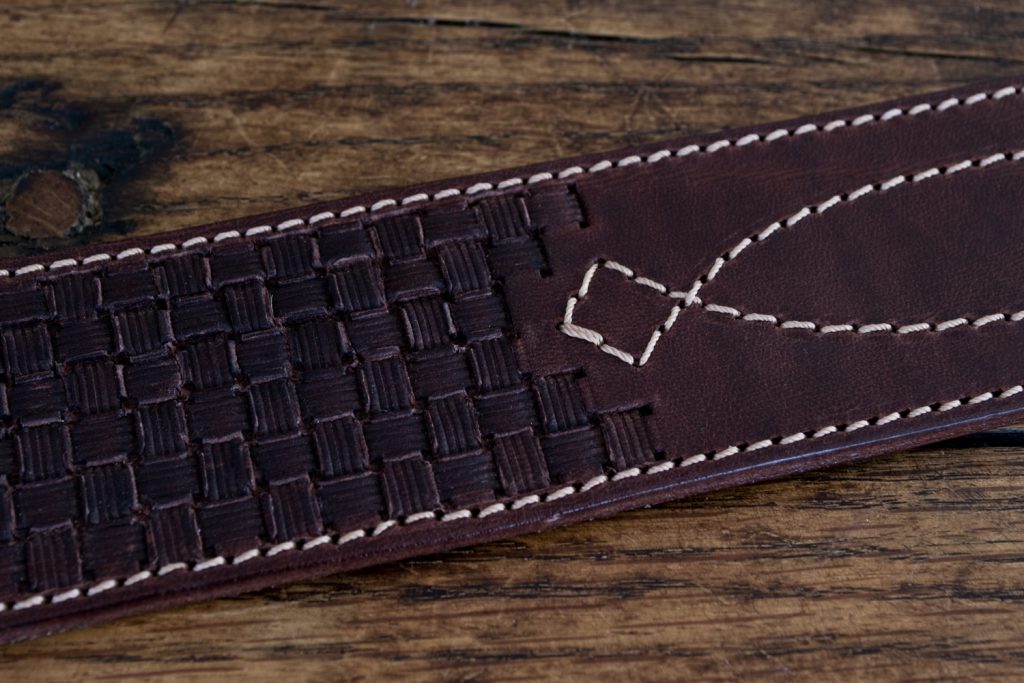 At the rear of the strap we’ve included a section of hand-tooled basket weave. In our blog about the limited-edition guitar straps we mention a desire to explore different leather crafting techniques and the Outlaw’s basket weave is a prime example of that. Between the basket weave and the bullets, you’ll find the space occupied by decorative stitching in the western style. And finally, we’ve used two solid brass buckles to tie into the theme and complete the look.

Crafting Outlaw presented an opportunity to challenge ourselves, to test our skills in new ways in order to create a real eye-catching piece. Each Outlaw takes a lot of time to make, demanding focus and precision every step of the way, but we believe the result is definitely worth it, and we hope you do too!

So, there you have it folks – for a fistful of dollars you can try your hand at bringing this renegade, Heistercamp strap to justice here! Then ride off into the sunset a triumphant hero…